In the last two years a new body of work – perhaps best described as biomorphic – has arisen through my fascination with life-casting. In these news forms I am continuing my decades long, tentative approach towards a less literal re-presentation of the body, attempting to capture inner experience as opposed to outer appearance whilst still holding fast to my original awe of the real physicality of the human body in all the various forms of beauty it takes.

Ironically perhaps, part of this desire to capture felt experience rather than observed appearance, seems to involve the ‘accuracy’ of representation and detail that body casting allows. The lived experience of wrinkles and pores, creases and rolls, tissue and joints is captured in fascinating detail by alginate and then the resulting white plaster casts, or transmuted once again through machine-like graphite grey. The ‘classical’ result is somehow pleasingly at odds with the brutal reality of our imperfect bodies, especially as they age. This unforgiving imprint is essential to the felt experience of being in a body and the inescapability of our fundamental embodied and limited existence as humans.

In some senses here I am working towards an environmental statement. We live in our limited bodies as we live on this finite planet and, despite our illusions, cannot escape into a purely limitless, digital world in which we can extract from at will and yet still hope to survive.

In the casts I am drawn to ‘mistakes’ as much as ‘perfection’, as I am in our human bodily existence. In a digital age of airbrushed images I hope to draw attention to unusual beauty, vulnerability and strength of the reality of our working bodies. I also enjoy the physicality of working in the studio – particularly at the moment with plaster – a traditional and humble material whose cheapness allows for experimentation and absorbs me totally as I work.

In previous work, in particular during my Gathering Project years, I attempted to recapture a feeling of immersion in nature by using found natural materials such as beech nuts, acorn cups, twigs and galls and then casting these ephemeral objects into enduring bronze. The act of gathering each autumn the artist considered a meditation; on the beauty of nature and our human place within it.

This stream of work gave way in time to a more political focus on the way in which humans are influenced by the man-made environment and the way we interact with the planet as a species. In particular I was influenced by the movement of refugees and work emerged involving groups of figures that hoped to draw a parallel with the historical experience of people and their movements across the surface of the Earth through the ages.  In the organic Gathering Project work the individual was subsumed by the experience of melding with nature and in simply being another beautiful product of it. The later political work the individual was subsumed within the group, and I questioned what it takes to recognise an individual as an individual, both in terms of being part of a mass of humanity and in the face of passing time.

More recently, as described at the beginning of this text, the body casts have refocused on the individual and the experience of embodiment. 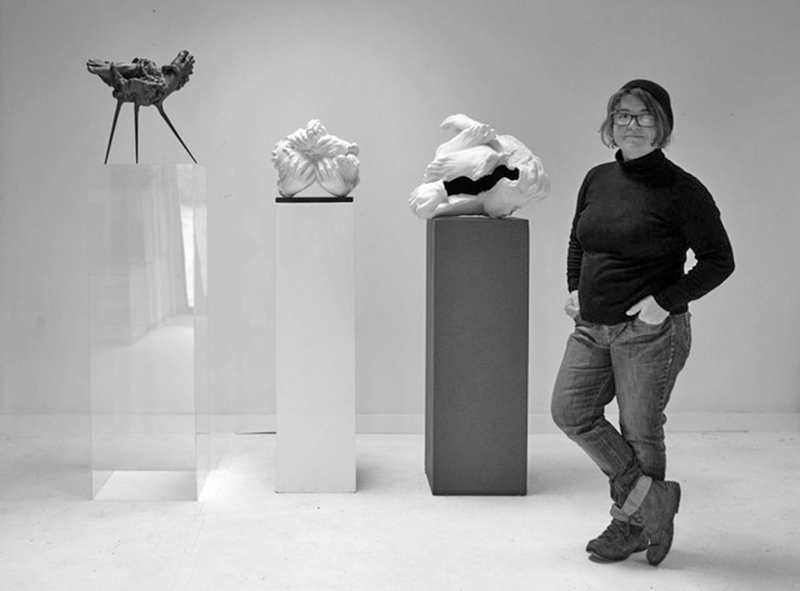