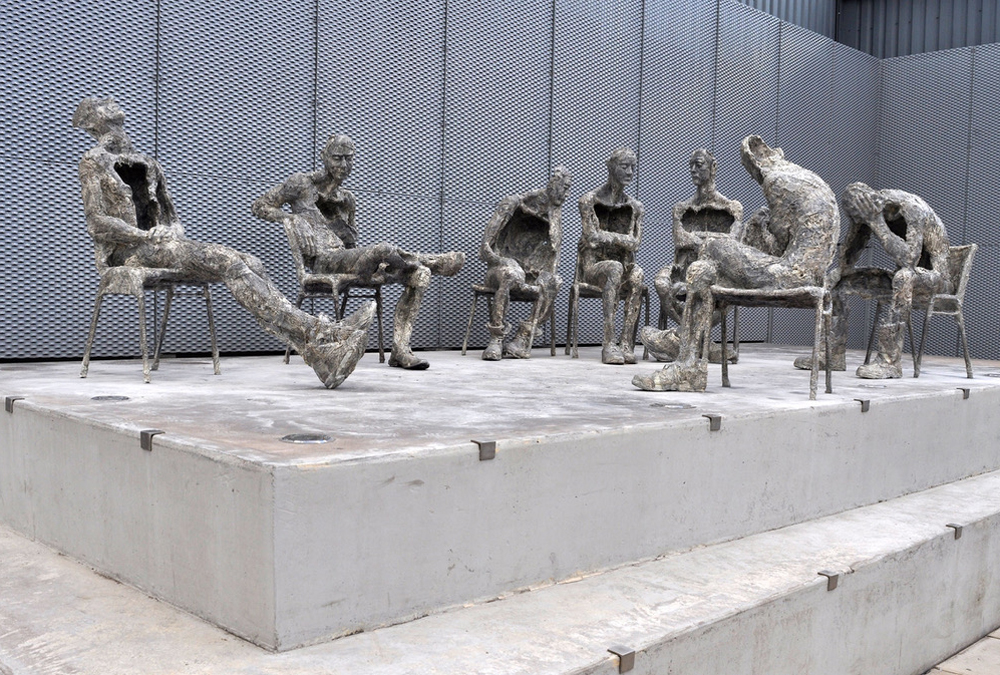 The temporary installation Waiting installed in the central artisan quarter of Liverpool during November 2017 was a joint collaboration between Anna and Chris Buttler of Castle Fine Art Foundry.  He has custodianship over a large 'plinth' in Liverpool on which he exhibits a series of temporary sculptures as a 'give back' to an area of Liverpool that he loves and where one of his foundry workshops is based.

Waiting is a continuation of a series of works about refugees that Anna made in 2016 and that inspired Chris to invite her to show work on the plinth.  In this sculpture the figures have 'arrived' and are simply 'waiting'.  Although originally inspired by the refugee crisis, in this work it is not specified 'who' is waiting, or indeed 'what for', allowing the audience to let their imaginations create a story for themselves.

Although the sculptures were not made of a permanent material, they weren't vandalised despite being sited in a fairly rough part of town.  Instead the local 'youth' literally embraced them, often sitting on their laps to take selfies which were posted on social media.  This unforeseen 'engagement' by the locals was one of the delights of the project. 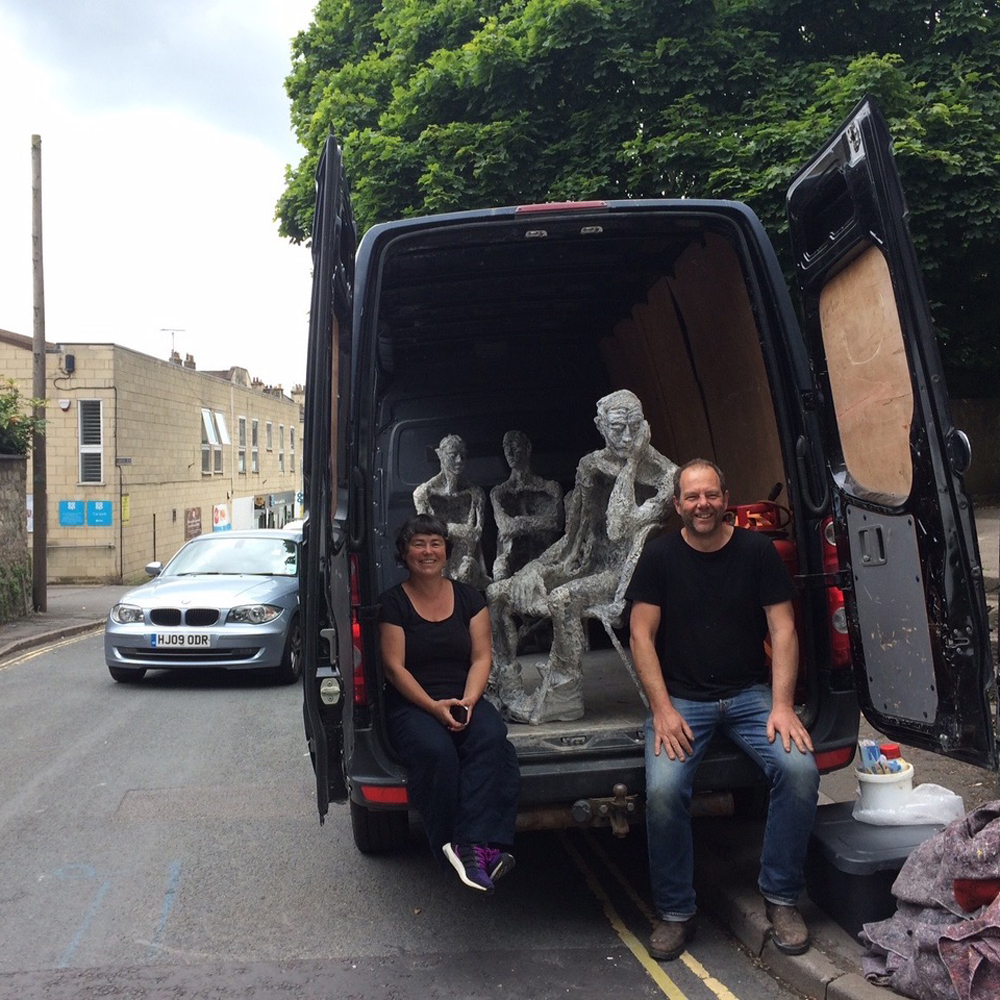 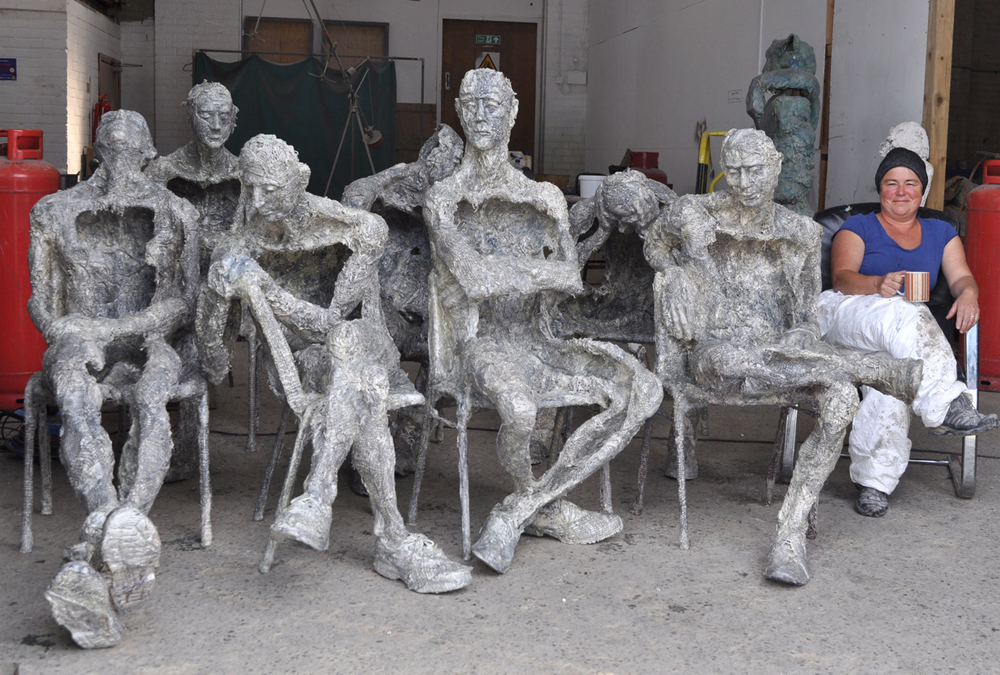 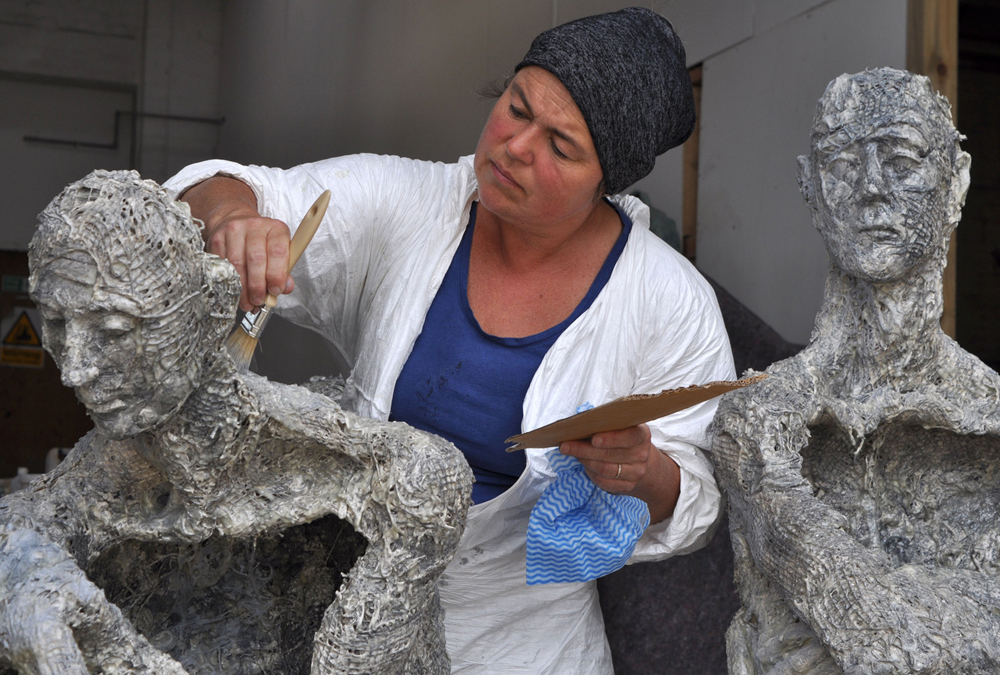